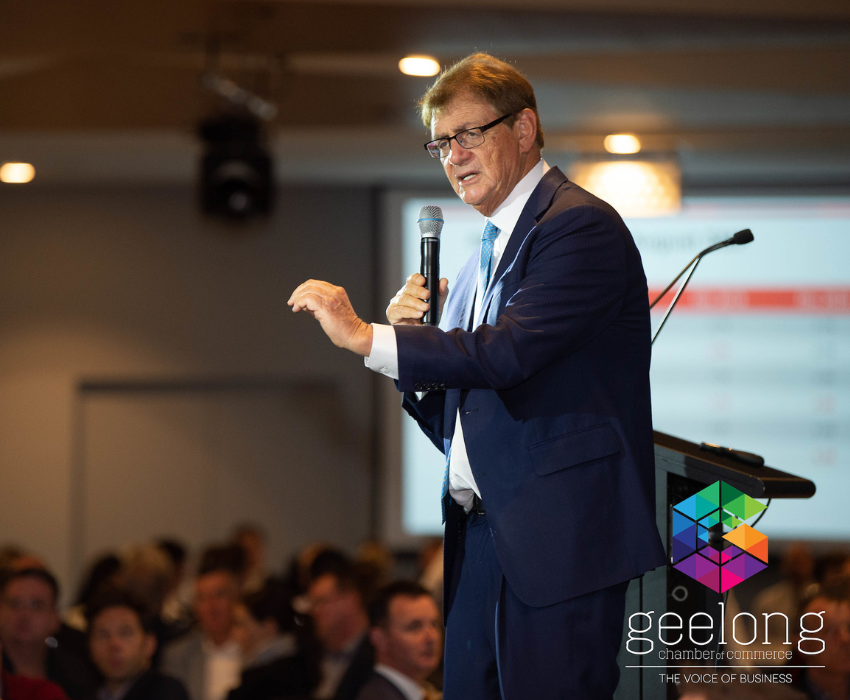 We warmly invite you for breakfast to hear first-hand from one of Australia’s most respected economists; a thought-provoking presenter who’s guaranteed to provide fresh insight and shed light on the current local, national and global economy.

William (Bill) Evans is a graduate of Sydney University (BEc. Hons I and University Medal) and the London School of Economics (M.Sc.), where he was a Commonwealth Scholar. He has worked as a Research Manager for the Reserve Bank of Australia, Treasurer at the Commonwealth Bank of Australia, and prior to joining Westpac in 1991, was Director and Head of Financial Markets at Schroders Australia Limited for 8 years.

Bill joined Westpac in 1991 in the position of Chief Economist and Head of Research. During his time at Westpac he has also spent 2 years in New Zealand as Head of the Institutional Bank with responsibility for Westpac’s corporate and financial markets businesses.

This Geelong Chamber of Commerce event is proudly brought to you thanks to the generous support of Westpac.

Tickets can be bought through this link.

Get in touch with the Chamber team